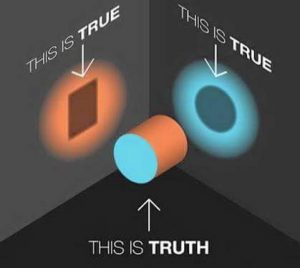 Harry Potter, or in human form Daniel Radcliff, is currently acting in an off-Broadway play titled The Lifespan of a Fact.  Timely and satirical, the play posits a contemporary political pastime of major and minor news agencies across the world:  fact-checking truth.  Perhaps the more important question one might ask today is:  is there truth out there to be found by all these fact checkers?   For Radcliff, there are no magic wands, no all-knowing Hermione Grangers and no easy answer to this question as he portrays the dedicated fact checker. Tim Teemen in his review of this play for the Daily Beast explains that the play is about “what counts as fact and the perception of fact in what we read and visually and aurally consume every day.”

On stage Daniel Radcliff works to fact-check an article by a well-known journalist about a horrific suicide in 2002 when a sixteen year old jumped off the Stratosphere Hotel in Las Vegas.  This real story and actual journalistic attempt was in the “fact-check” phase for seven years before it was finally killed as a story for Harper’s Magazine due to journalistic disagreements.  The story was finally published in the form of a book seven years after the actual event and then became the subject of this play exploring the discourse of the narrative flow in non-fiction true event’s writing.

The United States is currently at war with itself in terms of what free speech is and whether free speech and truth are the same.  The illusion is that free speech, guaranteed by the 1st Amendment of the Constitution, is equal to “truth”.  Civics teachers have been emphasizing for years that it is our right and that we need to honor each other’s right to speak our truths.  What wasn’t emphasized was that “truth” and “free speech” are not equal.  This is not a new argument either in popular culture or in academic scholarship.  Roland Barthes a major French literary theorist wrote about the nature of linguistic meaning and one of his explorations dealt with the multiplicity/plurality of meanings. Barthes is talking about literature and scholarship but the implication is that “meanings” are complex and are affected by time, relationships and authors.  Is there such a thing as “truth”?  Does the designation of “fact” make the item “true”?  Can we trust the fact-checkers in the media when as Pierre Bourdieu stated in his text On Television (1996), “we are getting closer to the point where the social world is primarily described—and in a sense prescribed—by television.”

Journalists work for companies, whether as print journalists or televised journalists, which are owned and sponsored by moneyed operatives or corporations.  Television and print medium fans have their own “teams” in terms of what news outlet they support or champion and as long as their “truth” is espoused, they continue to watch or read.  Journalists are writers and writers like to have their work read or seen by a wide audience.  Whether it is fiction or non-fiction there is always tension about what literary license means when presenting truth.  With fiction, the author expects the reader to come along for the ride and agree that there is plausibility in the story.  With non-fiction, the author still has a desire to present the material in a literary form so that the reader will want to read the article or book, assured that the facts of the story are being presented.

The conundrum is that, the reading/watching audience are operating with a set of truths that, as Barthes would argue, are complex and layered and from individual to individual may not, over time, relate to each other except as a demonstration of how complex truth actually is.  No matter how hard the fact-checkers work or how long they pursue their goal, what is presented in the end by that news outlet will not be received by everyone as “truth”.  The new term “fake news” used today has nothing to do with the veracity of an article or item.  It is used to combat journalism that one doesn’t like.

Harry Potter had to deal with “fake news” too, put out by The Daily Prophet.  At least he had a magic wand to deal with his “truth” issues.  Daniel Radcliff in The Lifespan of a Fact has no magic wand and unfortunately his character cannot guarantee his outcome as truth either.