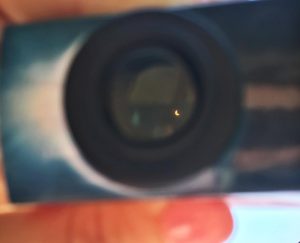 If you, like millions of Americans, took time on August 21st to view the total solar eclipse, you likely adorned the necessary protective eyewear. Immediately following the cosmic spectacle, radio broadcasters, journalists, and other figures of mainstream media began suggesting these glasses be donated, specifically through Astronomers Without Border, a U.S. based organization, to ‘children in South America and Asia’. This seemingly altruistic effort to further scientific knowledge and thus enhance the experience of science by ‘children in South America and Asia’ becomes problematic when we become critical about the social constructions it reinforces and the ways it undermines local agents.

Looking critically at AWB’s developing donation program, and, in a broader sense, the way American news outlets cast foreign countries as distant and distinctively dissimilar to the United States, it becomes obvious that certain complexities are being glossed over for the sake of mass-communication. Sensationalist headlines regarding AWB’s efforts are reaffirming the existence of a distinctly other population who is inherently less developed / has impaired access to resources. References to these Other populations are not just mere references, they are re-presentations of a lived reality. The tendency in Western media to be referential avoids clarity and explicit intentions by being irresponsibly, and randomly, selective about the ways vast geographical spaces are defined. References like this rely on a binary in which individuals either belong to this area or do not, thus creating a hierarchy that places Europe and North America above Asia and South America.

Claiming “children in Asia and South America” as the recipients of their goodwill makes AWB complicit in the Western based worldview, with a Eurocentric history, that further ostracizes the non-Western world. The “goodwill and understanding” AWB claims to foster through its self-insertion into the third world assumes the existence of a certain universal morality, thus subverting local conceptions of morality.

This is a contemporary example of how the construction of space and ability to reference it – such as ‘Asia’– is contingent upon the individual agents and their political positioning in history. Orientalism is a concept that often refers to the representations of the ‘East’ by the ‘West’. It is the basis for distinguishing between populations over there that are inherently different than us over here and, as Edward Said succinctly stated in his book entitled Orientalism, it “…was a Western style for dominating, restructuring, and having authority over the Orient.”

Dipesh Chakrabarty in his book Provincializing Europe, argues that authority held over the past is never limited to the past alone. Claims to authenticity about what has happened are essential in the development of what will happen in our present and future. If we assume time to be singular with linear progression, then the passing of time becomes an instrument for measuring cultural distance and reinforcing this essential difference between those less developed countries over there and the developed countries over here. Representations of places and people accepted uncritically as truthful and objective, such as AWB’s reference to ‘children in Asia and South America’, are one aspect of the autocratic manufacturing of the past that imposes an evolutionary model placing Europe closer to the ‘completion’ of development. According to Chakrabarty, questioning versions of history taken to be normative can restructure habits of thought to be more inclusive.

The colonial encounter created a space in which European explorers could pass judgments about an observed population derived from their linear understanding of progress. ‘Us versus them’, Orientalist mentality was adopted to provide clear criteria for who was to dominate and who was to be dominated in colonialist efforts and, as Chakrabarty highlights, this tendency to view Europe as the original site of modernity has hardly abated.

Beyond AWB, there exists a pattern of individuals, almost invariably men of European descent, employing an Orientalist worldview and gifting foreign children repurposed items and telling them to gaze into the cosmos. Rhetorical reinforcement of an inferior Orient who requires a European savior is evident in neo-colonial attempts at redistributing the knowledge and wealth of entities that, historically, benefitted from colonial exploits. AWB is but one thread of a greater tapestry.

So, certain conditions must be in place for individuals to perceive themselves, and their plight, as unproblematic. The redistribution efforts of AWB serve as one example of the rich data demonstrating how sensationalist headlines imagine the populations they speak of as existing in the periphery while simultaneously authorizing the centrality of groups making claims about said populations.

If you have ever had a friend point out an error or plot hole in a movie that you had never noticed despite watching it many times, you understand how you can never watch that movie again without seeing the now obvious issue. That is how social theory works within our REL 501 Social Theory Foundations course. We discuss a range of theories and theorists and employ them to look at society in new ways. As we develop our own set of theories, we see examples around us that we had never noticed before, examples of theory that we can’t avoid seeing now. These theories provide new ways to engage and analyze material all around us and give us new understandings of ways that society functions, insights that enable us to both produce new research and discover different ways of operating within various social environments. END_OF_DOCUMENT_TOKEN_TO_BE_REPLACED