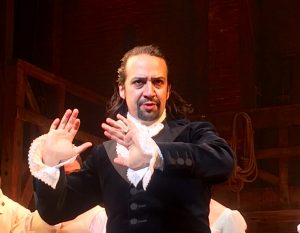 Given the explosive popularity of Lin-Manuel Miranda’s Broadway hit Hamilton, it appears that the United States has recently been preoccupied with questions regarding the history of its citizens of African heritage and the slave trade which brought so many of them to American soil. One of my favorite songs on the Hamilton soundtrack is “Cabinet Battle #1”in which Alexander Hamilton and Thomas Jefferson go head-to-head over states’ rights. During his portion of the rap battle, Hamilton mocks Jefferson by repeating one of his earlier lines: “’We plant seeds in the south. We create.’ Yeah, keep ranting. We know who’s really doing the planting.” END_OF_DOCUMENT_TOKEN_TO_BE_REPLACED

“Hey, how was your weekend?”

It’s a question we hear all the time, one which we don’t put much thought into. After all, we spend a good portion of our lives telling stories. Storytelling, however, is a social tool we use to exchange information, and like any skill, it needs to be taught to us if we want to be able to use it effectively. What often goes unexplored, however, is that how we narrate our stories depends upon who is asking us about our weekend in the first place and why. And telling the stories of history is no different. END_OF_DOCUMENT_TOKEN_TO_BE_REPLACED 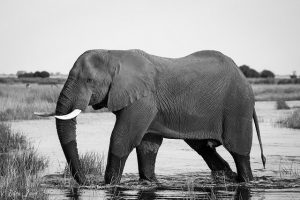 In the first episode of BBC’s Planet Earth, David Attenborough opens by saying the series will “show you the planet and its wildlife as you have never seen it before.” Each episode focuses on a specific environment (deserts, rainforests, open ocean, etc.) and captures in high definition what most of us will never see during our lifetime. But does it show us the world?

What most viewer’s do not know is that these cameras—while they are revolutionary for film—are unable to capture sound, which means that almost all of what we hear in the documentary is either manufactured by foley artists or comes from a collection of previously recorded sounds. Foley is the art of using everyday objects and materials to mimic other sounds and is used in the sound production of Planet Earth. A fascinating video by “Great Big Story” gives examples of these techniques. For instance, the sound of crunching snow you might see on screen is actually footsteps on sand or corn starch. The sound of large ocean waves is actually one person splashing their hands in a small pool. Dog footsteps are paper clips attached to the end of a glove. These sounds are paired with footage and presented as though they were recorded together.

The implications of foley artists in film reminded me of Hayden White’s account of the construction of historical narrative. He argues that historians present their accounts of history as true and complete when, in fact, they are highly influenced by their word choice and subjective framework. History can be a way of giving us a better understanding of the past, present, future, ourselves, society, and the natural world. However, this comes with inherent limitations. Historical events alone are not sufficient when seeking to give the reader a clear idea of what is going on. The historian is forced to infer, create, explain, analyze, and make connections to form a digestible narrative. But this becomes problematic because the historian is grounded in a framework formed by their own upbringing, race, religion, language, etc. that determines how they organize their narrative, what they choose to include (since we cannot possibly add everything), and their word choice even when they are seeking to be as objective as possible. And the way the reader takes in a particular account influences the way they understand history themselves.

When applying this argument to foley we should first consider the two options the directors of Planet Earth must face when making the documentary. BBC wants to make a series that is true to reality. Just as we cannot go back in time and experience the past, we will probably never hear the sounds of the rainforest canopy so they aim to give us the next best thing. But what is closer to to an authentic experience of the natural world: watching the footage with manufactured sound or with no sound at all? Either way, we are not hearing the world as it truly is. The directors can be compared to historians because they have material and it is up to them to decide how we, the viewers, get to experience it. They edit and select clips to form an interesting narrative that gives us an opportunity to see the world as we “have never seen it before” and, in this case, they chose to go with foley.

It is not an act of deception, but there are implications to this that should be considered. The limitations of the historian’s language and personal framework can be compared to the limited materials of the foley artist and their own beliefs on what something in nature might sound like. This means that no matter how diligent they are in replicating the sounds of earth, it will never be identical to the natural sounds themselves. Because of this, foley artists influence the way the viewer understands nature. An episode of 99% invisible illustrates my point with the example of elephants in nature. In the wild they are almost silent, but in documentaries they are depicted as making noise because the viewer would find it uncomfortable to watch an animal that weighs over two tons tread silently over African plains. The directors are shaping the series to fit the expectations of the viewer just as historians shape their narrative based on what they believe the reader should know or what they consider relevant.

What if we went into nature and experienced it ourselves? Then we would be confronted with the fact that—like historians—we all have our own frameworks by which we experience the world and this framework would determine what aspects of nature we notice, what parts we find interesting, what kind of connections we make, etc.

We are trapped in endless limitations, but this does not mean that we should give up on our quest for a complete truth. When we recognize that history and documentaries—and most every narrative we encounter—are never fully complete, then we are inspired to investigate these representations and their sources further. Knowing that the sounds in Planet Earth do not match the images on screen opened the doors for me to watch the series from a new perspective. Now I am skeptical of each noise and think critically about the director’s vision for the audience’s experience. Now, I won’t be confused when I hear my first elephant.